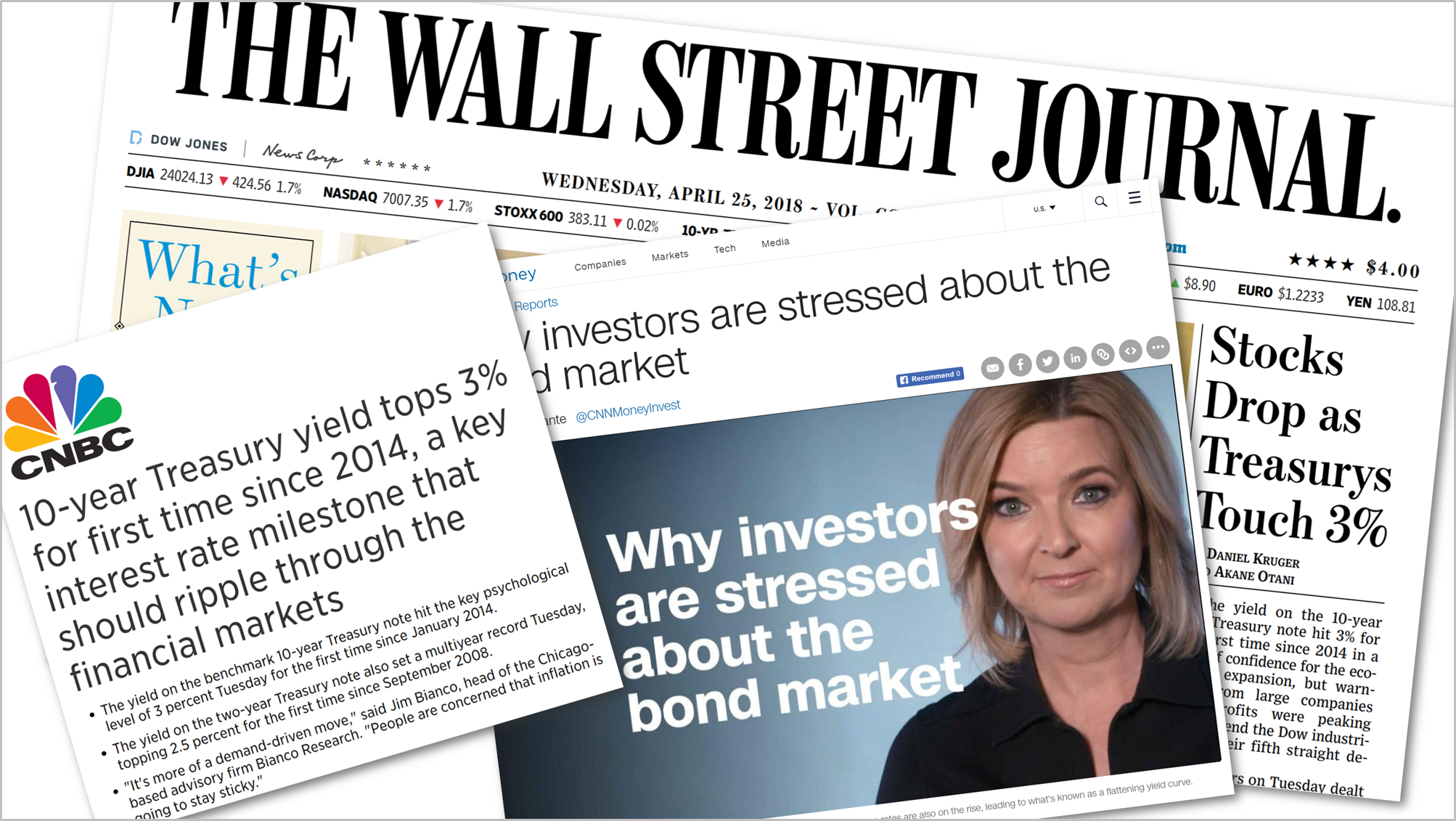 CNN, CNBC, and The Wall Street Journal all sensationalized last week's rise in yield on the 10-year Treasury bond to 3%.

It's a classic example of why investors are so shortsighted and poorly informed about financial economics. 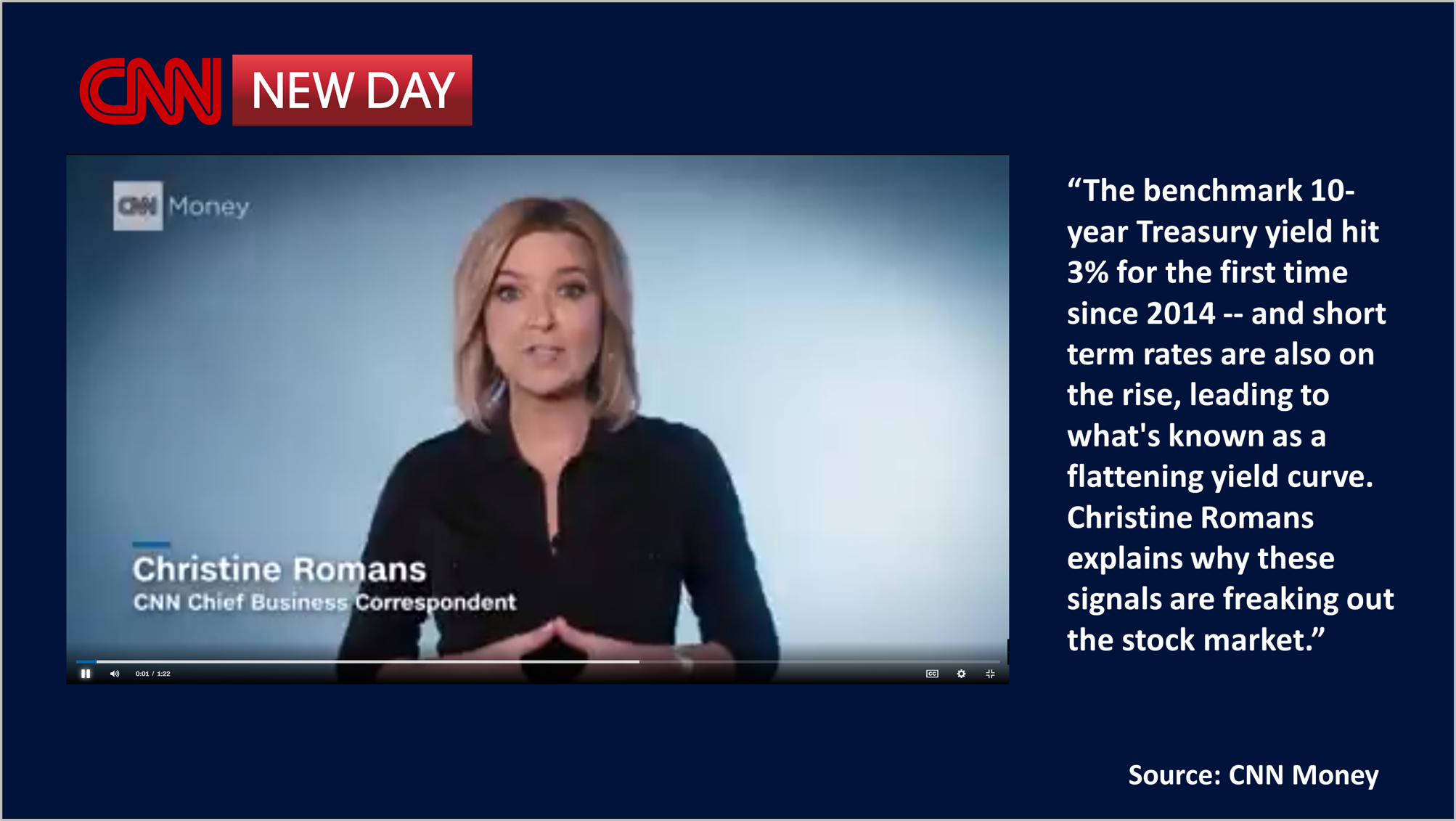 A segment that aired on CNN's popular early morning program, New Day, and a video posted on CNNMoney.com reported that the benchmark 10-year Treasury yield last Tuesday hit 3% for the first time since 2014.

"Short term rates are also on the rise, leading to what's known as a flattening yield curve," according to a tease for the segment. "Christine Romans explains why these signals are freaking out the stock market." Ms. Romans is CNN's chief business correspondent. 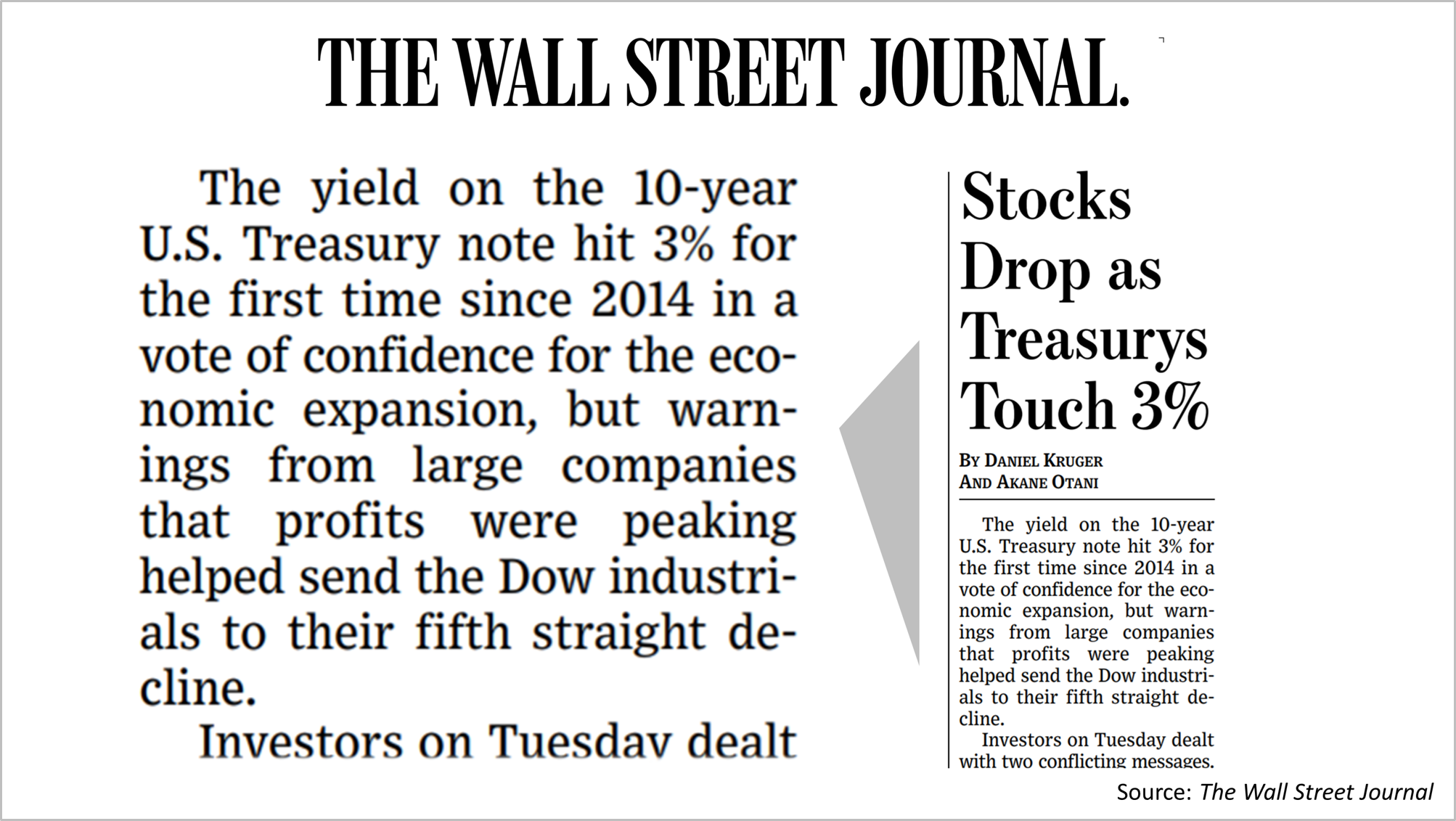 The front page of The Wall Street Journal also made the 3%-bond yield milestone sound ominous, hinting at a possible end to the bull market on its front page.

The frightening headlines are misleading. 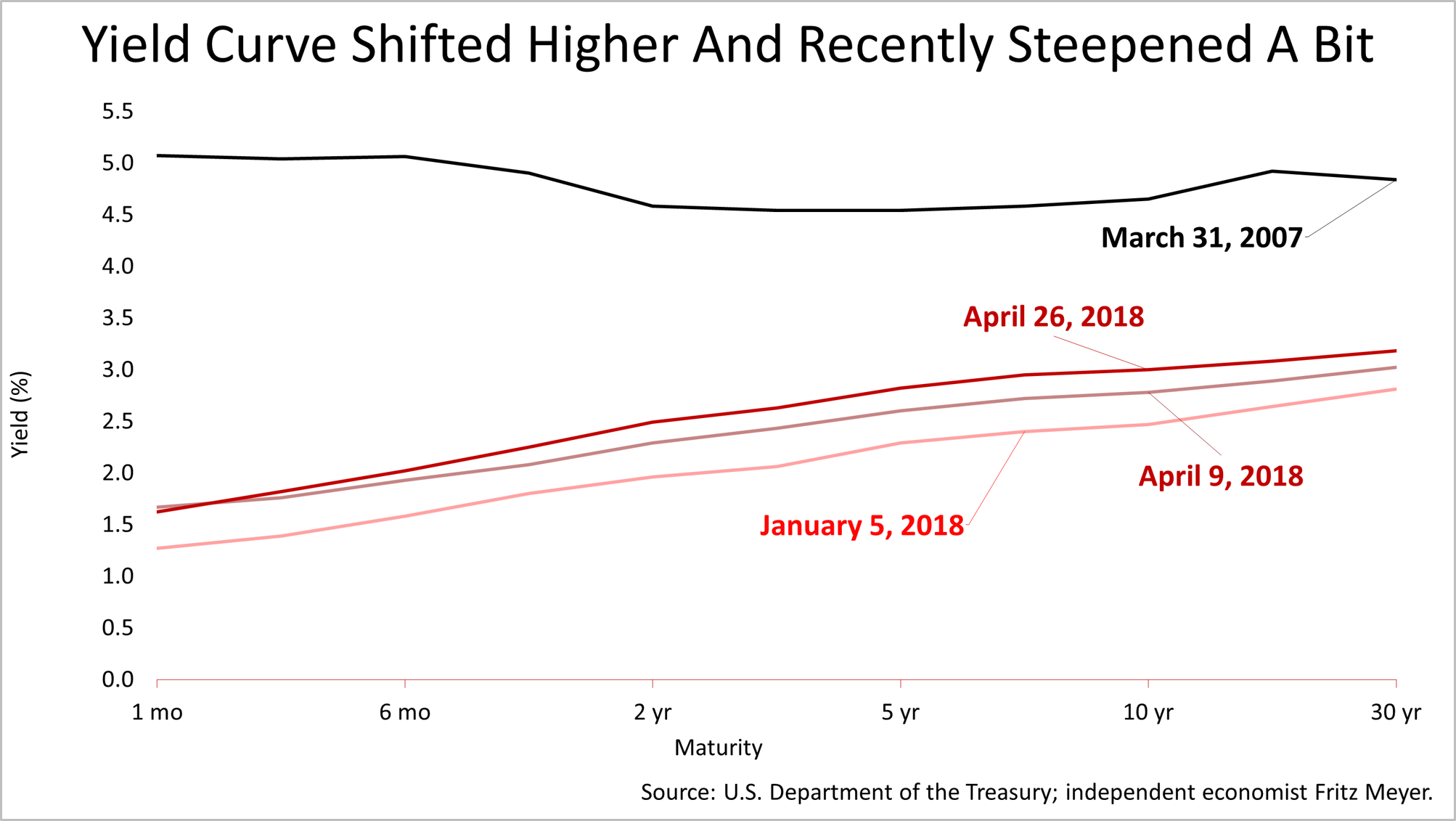 Contrary to CNN's coverage, the yield curve did not flatten lately. Since early April, the yield curve actually steepened slightly, as bond yields have risen while the Fed funds rate stayed about the same. Since January, the entire yield curve shifted higher, according to data from an independent economist whose research and data we license. This is a lot different from what CNN reported. 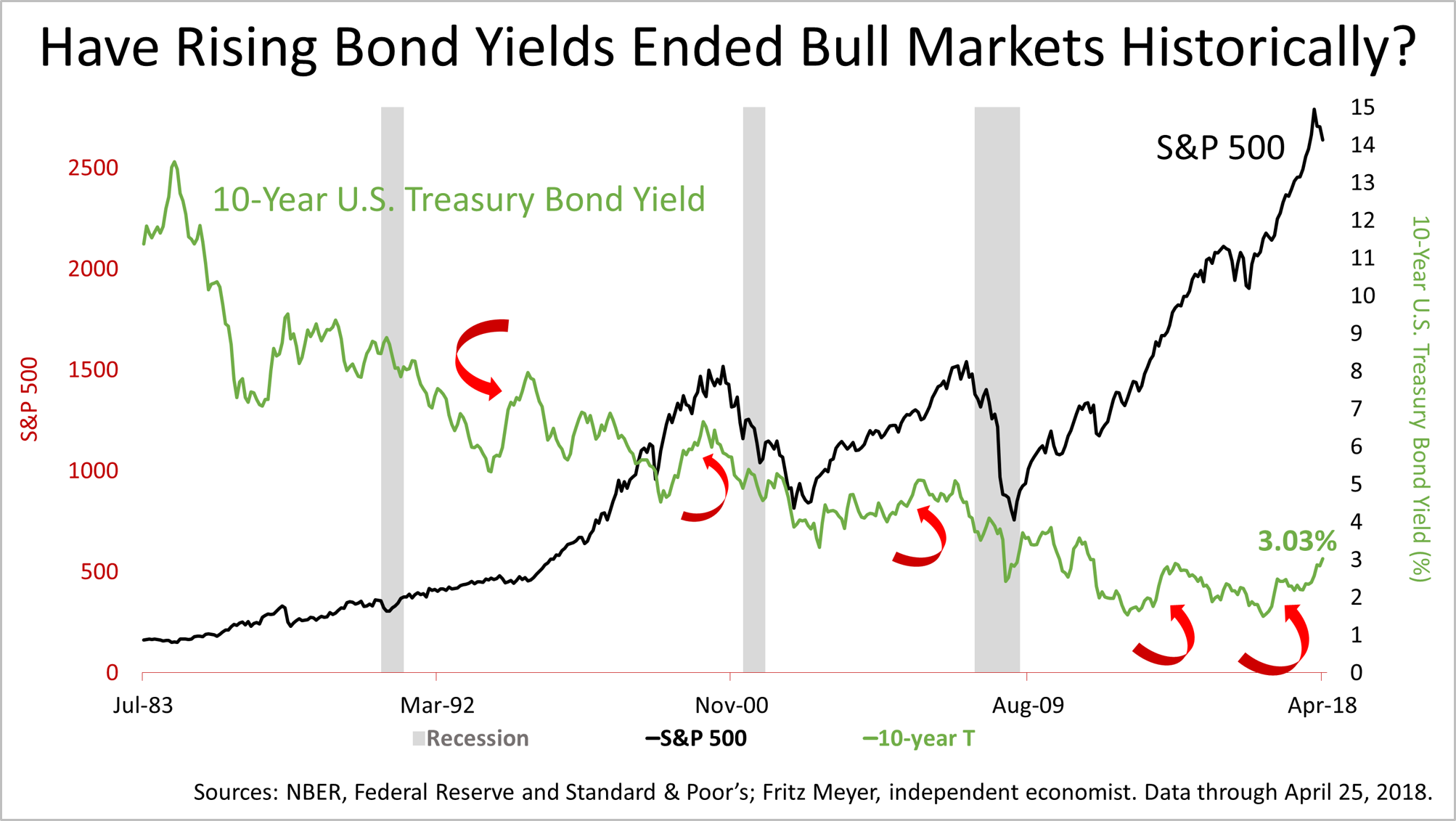 The red arrows point to five periods since the 1990s when the yield on the 10-year U.S. Treasury bond rose sharply and stock prices rose at the same time.


Moreover, contrary to popular belief, there is no historic evidence that rising bond yields are bad for stocks. In fact, many episodes of rising bond yields have coincided with a bull market in stocks. Also, the stock market has done just fine when the absolute level of bond yields was much higher than today. 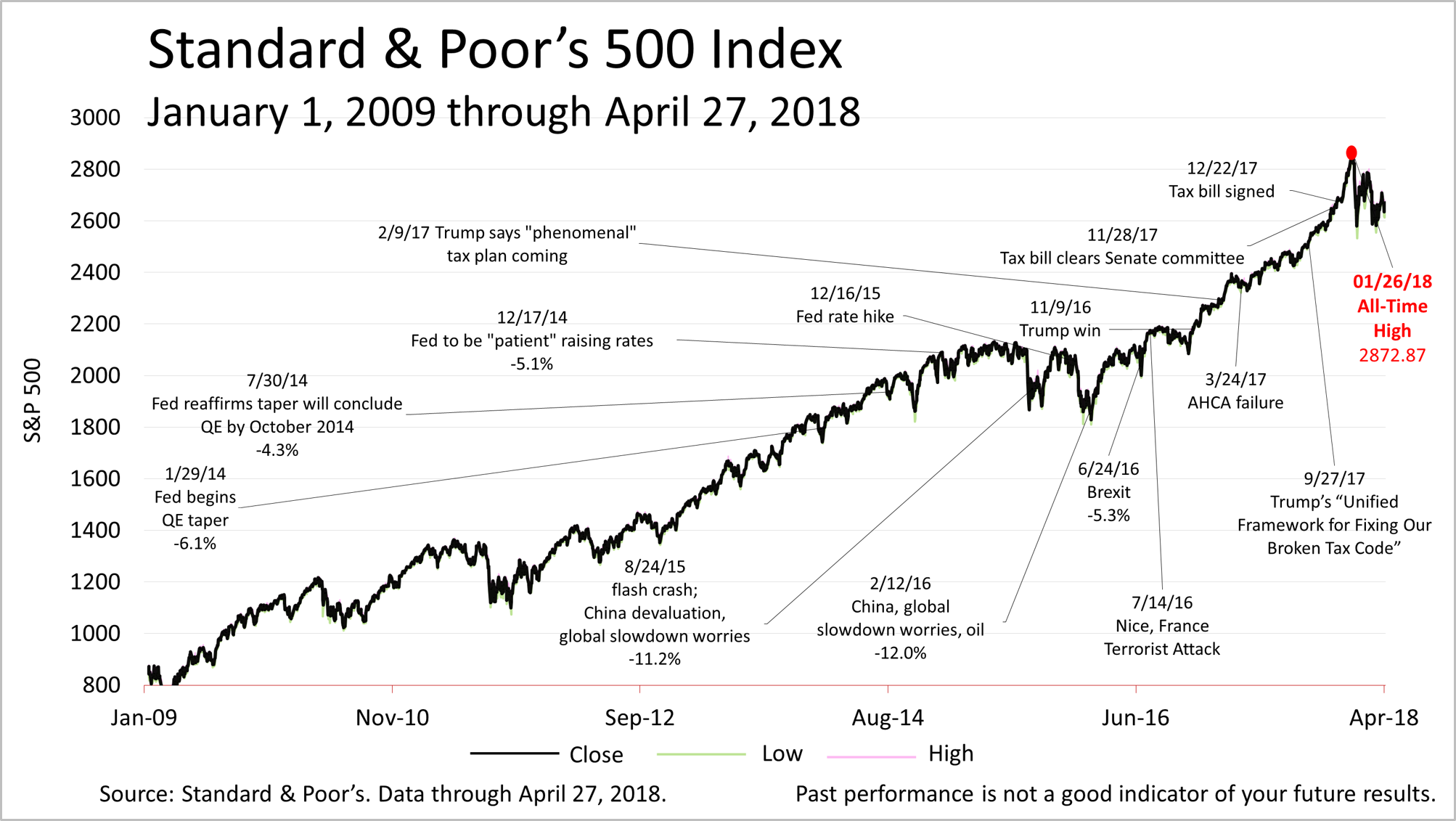 Stocks are not far from their all-time high. Prices are reasonable, considering the extremely strong earnings growth of 20% expected in 2018, which is much higher than the historical annual norm of 7.4%.*

Despite the frightening headlines, increased stock market volatility, and the weak returns on stocks in the first quarter, very strong economic fundamentals remain in place.


Financial economics is hard. We are wealth management professionals and are a source of intelligent analysis.